Jamaicaâs Warren Weir (200m 3rd in 2012, 2nd in 2013) sat down with us at his favorite hangout spot in Jamaicaâ¦a carwash?!? Warren chats about training, goals, and world records. (via FloTrack) 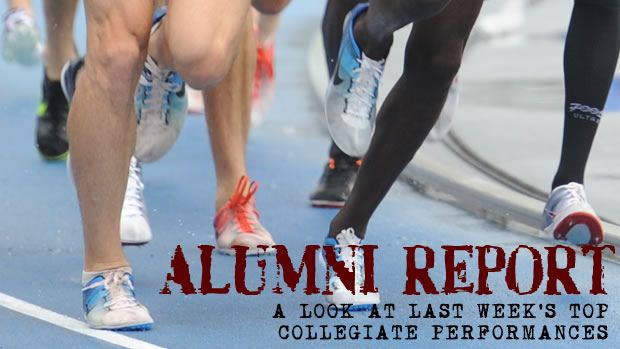 Let's check out all of the NCAA performances from Bahamas athletes from January 18 through February 6, 2014.

Let's check out all of the NCAA performances from Bahamas athletes from January 18 through February 6, 2014.

The TAR was rocking last Saturday with some great international competition from The Bahamas, Canada, Barbados, Turks & Caicos, Jamaica and other nations.

AFTER a month-long delay, the Bahamas Association of Athletic Associations’ much anticipated Year-Ending Awards presentation will be held at Government House on Sunday. (via www.tribune242.com) 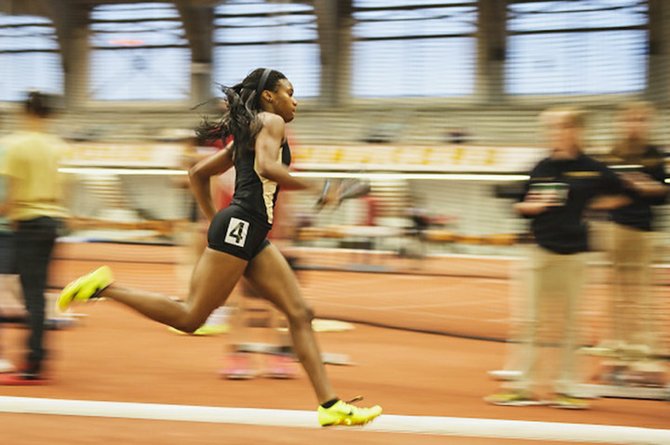 Sprinter/hurdler Devynne Charlton continues to turn heads as she competes in her freshmen year at Purdue University. (via www.tribune242.com)

A round up of Bahamians compete in collegiate meets in the United States for the first few weeks of the 2014 indoor season.

Latest Bradenton Police have made an arrest in the theft of Demetrius Pinder's Olympic gold medal on Sept. 11. (via wtsp.com) 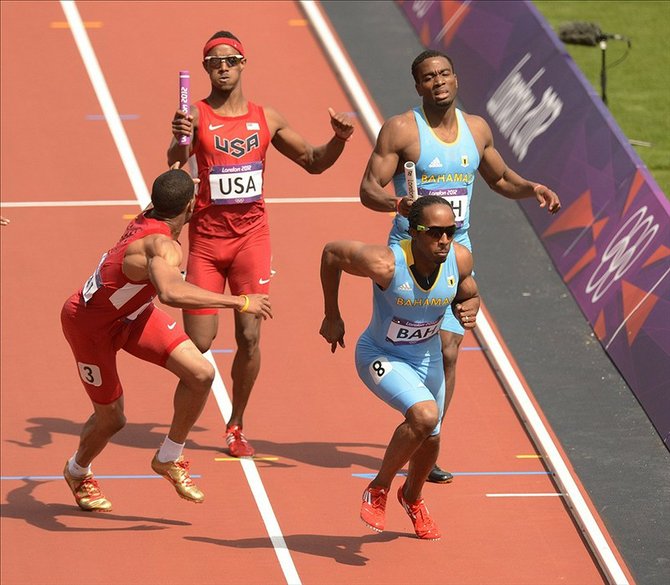 After being sidetracked by the organisation of his initial Bahamas Invitational track and field meet in April, Chris “Fireman” Brown has slowly gotten back on track and now he is eager to make another appearance at the IAAF World Championships next month. (via www.tribune242.com)

We were on site in Orlando for the Golden South Classic. 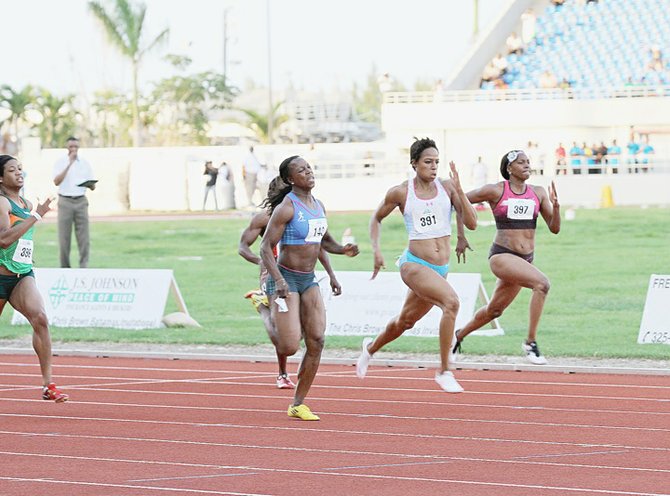 AMERICAN quarter-miler Natasha Hastings produced one of the most exciting performances in the first global international meet for elite athletes at the inaugural Chris Brown Bahamas Invitational at the new Thomas A Robinson Track and Field Stadium on Saturday. (via www.tribune242.com) 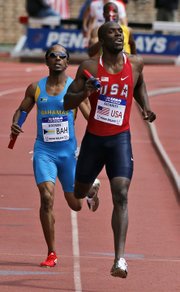 WHILE they have been rivals on the track, American 400 metre specialist LaShawn Merritt said he and Chris ‘Fireman’ Brown have forged such a close relationship that he would not miss the opportunity to come to the Bahamas to participate in his Invitational. (via www.tribune242.com) 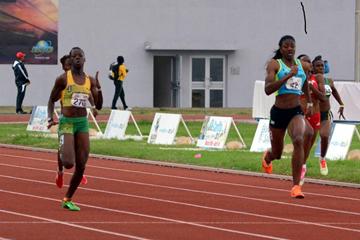 Local star Miller makes her mark on the Carifta Games (via iaaf.org)

MileSplit teamed up with Trackside Bahamas for amazing coverage of the four days of festivities starting with Friday's opening ceremony and wrapping up Monday. 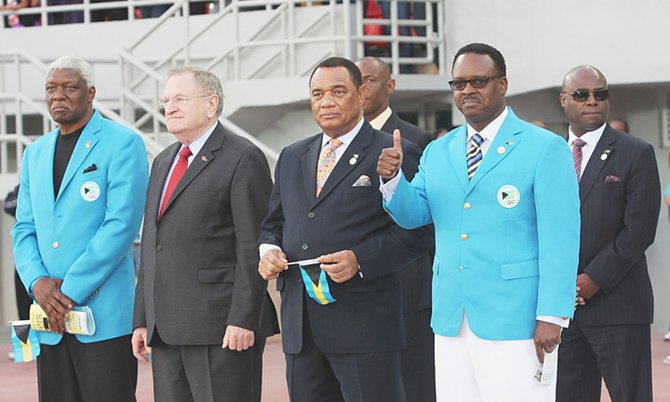 Carifta votes for increase in age limit and athletes next year Apr 01, 2013

Carifta games stakeholders yesterday announced changes to the annual meet, set to come into effect by the next edition scheduled for the French Island of Martinique. The number of athletes per country has been increased from 70 to 80 while the age limited of participants has been raised from under 17 to under 18, similar to the Central America and Caribbean (CAC) Championships. (via The Trinidad Guardian Newspaper) Our combined team of MileSplit and Trackside Bahamas are on site for all four days of coverage. The team includes Todd Grasley, Ritchie Goodman, Alfredo Smith, and Delron Innis.

On Saturday evening, February 25th, 2012 there was much excitement in the land due to the long awaited official opening of the state of the art Thomas A Robinson National Stadium, a gift to the (via www.trackalerts.com) 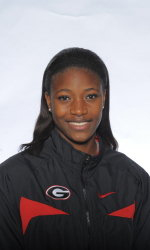 While most freshmen in UGA’s class of 2016 were preparing for their first year of college, fellow classmate Shaunae Miller was in London competing in the 2012 Summer Olympics. (via The Red and Black)

TrackSide Bahamas is uploading race videos from some of the big finals going on in Nassau this weekend. We are working with them to embed them here for easy access. Follow them on Twitter at @TrackSideBAH (via MileSplit)

After a phenomonal NCAA rookie indoor track season, the USTFCCCA has added Bahamaian Shaunae Miller to the Bowerman Watch list. The Bowermans are the premier award for high school track & field athletes, similar to the Heisman Trophy in college football. 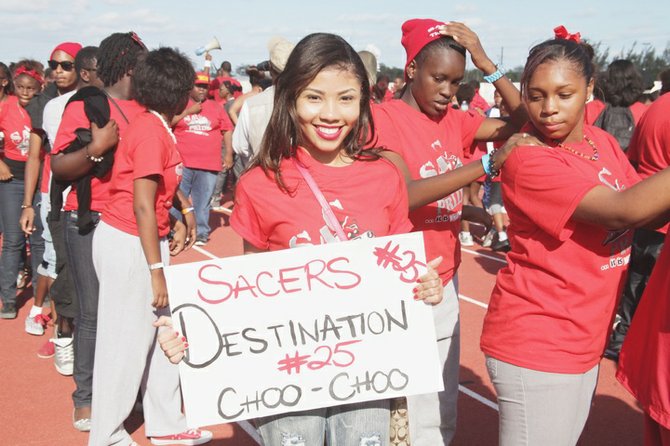 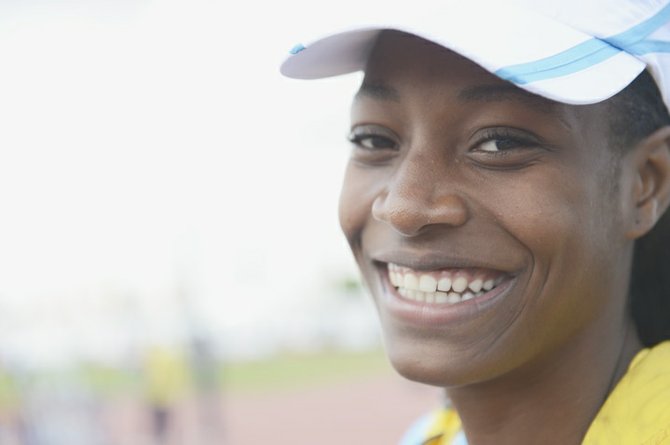 Shaunae Miller has completed her first indoor season as a freshman at the University of Georgia, winning the NCAA Indoor Track and Field Championships’ 400 metres title in Fayetteville, Arkansas, on Saturday. (via www.tribune242.com)